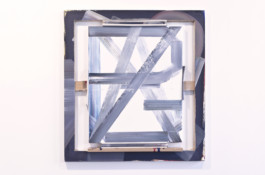 She is interested in attempts to materialise mutable experience of time and memory, and the multiple registers and perceptions of them.

As with much of her work, the show at Limbo explored a movement between original, copy and documentation. Pirecki re-photographed her own work to generate new and different iterations within the studio and the exhibition space, physically or conceptually referencing or re-using existing works, in part as a way to consider how they might adapt and respond to the new conditions and time that they are in.

This included a painting, White Wall - where a white wall of the gallery is painted with custom-made emulsion paints based on samples from a colour printout of a photograph taken of the wall. Here, the wall has windows, so the camera’s limitations render what we register as a white wall as quite a dark colour.

Also featured, Grey Painting – one of a series in which Pirecki paints the word ‘grey’ (or sometimes ‘gray’), overlaying the letters in a series of mixed primary colours painted wet-on-wet. The resultant mixing of form and colour produces a range of variations that challenge the determinability suggested by the series title.

Reflecting -  Reflecting 3 (6th Generation) was the latest re-photographing of a photograph (itself a re-photographed photo), of which the original was an image of a blank space on Pirecki’s studio wall. Each time the work is re-photographed it gets progressively populated by additional imagery from reflections in the surface of the photograph created by the specific space in which it is located.

In Grey Painting and Reflecting -  Reflecting 3 (6th Generation), the photograph acts as both a container for images taken in the past, as well as being active in the present through its reflective surface that mirrors its surroundings and the viewer. The works originate from an initial photograph which is re-photographed in the artist’s studio before an exhibition. This reproduction is used as the exhibition copy and re-photographed in situ during the exhibition. Each time the work is exhibited, Pirecki re-photographs the most recent version to produce a new generation of the work, and this reproduction is in turn photographed during the exhibition to produce a subsequent generation. As each new generation of the image is formed, parts of previous images unpredictably persist over time or are supplanted by new ones.

Pirecki is interested in how this might function as a visual analogue with the complex, altering experience of memory and time passing. This is an ongoing series that will unfold over time, potentially over a lifetime.

Working Title was a three-channel projected slideshow. The work shows a sequence of words isolated and photographed from the packaging of materials and tools that the artist uses in the studio. Each group of images loop and randomise to create a series of short, constantly changing phrases, capable of generating different meanings. This work was extended through the original press release for the show, which systematically laid out the text featured in the slideshow, and can be viewed below.

Two works from Pirecki's Image Persistence series were featured. In these, the artist uses photographs of images of works that she no longer owns, re-photographing archived documentation directly from her computer screen.
"I no longer have access to the physical version of the documented work, it now exists primarily for me as images accessed through an archive of documentation. She uses the distance from and vicarious presence of the ‘original’ work to make something which is physically absent, present again, albeit in an alternative material form."

These works are overlaid with a second image on transparent photographic material - images of protean substances that shift between material states or form.

As with much of Pirecki’s work, this piece varies each time it is shown, with the artist adding to it periodically.

Pirecki’s practice addresses degrees of proximity; how images act as an analogue for memory, unpredictably accumulating, persisting, mutating or disappearing. The porous edges between her various works that get returned to, reconfigured and used as an ongoing working material over time, allow for complexity and contradiction rather than attempting to present absolutes.

From the original press release:

Philomene Pirecki is an artist based in London.

Pirecki was shortlisted for the Max Mara Art Prize for Women in 2013. 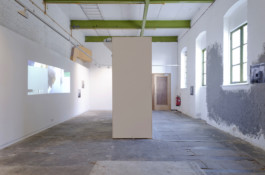 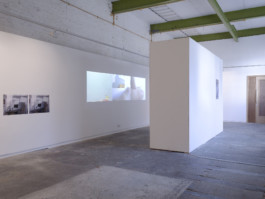 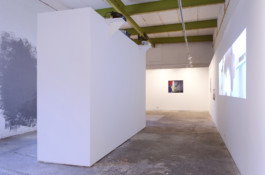 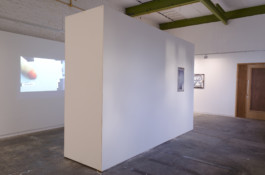 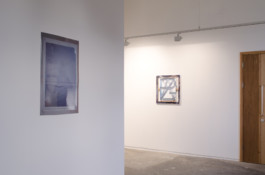 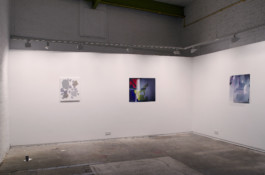 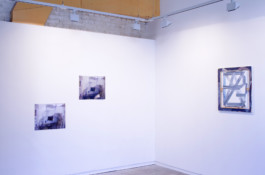 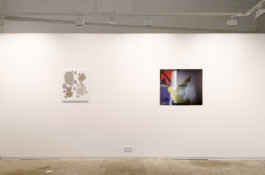 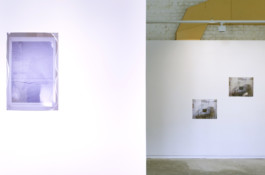 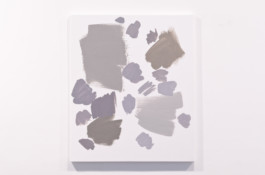 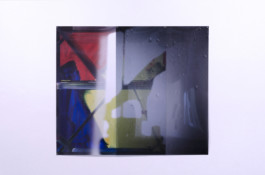 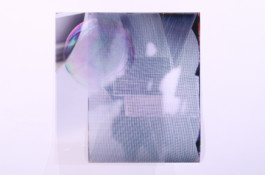 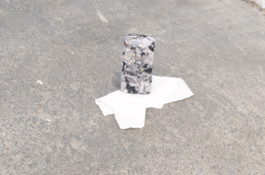