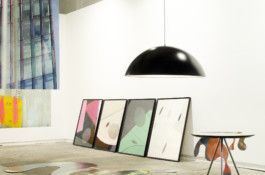 A.M. Hanson’s practice focuses on the relationship between photography, performance and creative production. His early action photographs portray Leigh Bowery, Alexander McQueen and others at crucial moments in social and performative situations, with subsequent work disrupting the idea of the photographer as passive ‘witness’, through the creation of a set of ‘photorelated’ characters, one called Susan Tripod. His most recent work, initiated after a return to study at UCA in Canterbury, explores how photography might in itself ‘perform’, creating new sites of activity by re-framing and interpolating fragments of the world.

This body of work spotlit the permeability of the ‘real’ in the information age, operating in a realm where solid objects could be thought of as projections of lifestyle fantasies; and images - whether on screen or in print - could provide an entire work or leisure environment.

A Distant, Darkened Lobby playfully proposed metropolitan offices to be fantasy-sites of creative production, and LIMBO’s project space to be a hard-copy version of these corporate utopias / dystopias. Hanson spent 2013-14 staking-out offices and related spaces in order to “re-imagine new uses for the vast emptinesses, and to illuminate the montaged blend of structures and objects that remain, when everyone has left the buildings”.

In the exhibition, photographs - principally liberated from standard modes of display - were overlaid, suspended and attached to various items of office furniture, becoming metaphors for the tools and activities of the artist’s studio; from paint-mixing to life-drawing to photo apps. The exhibition featured two short films, set to the music of Dale Cornish, who also appeared in one in the guise of an office voyeur turned atelier-based maker. 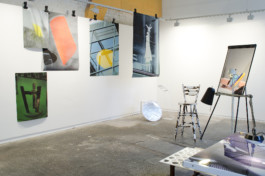 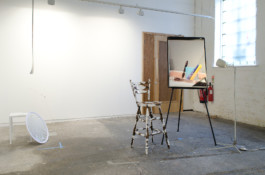 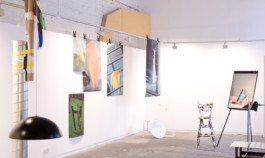 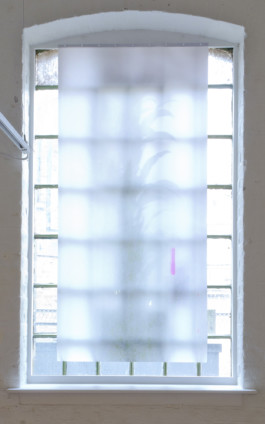 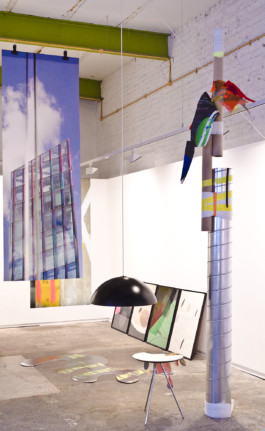 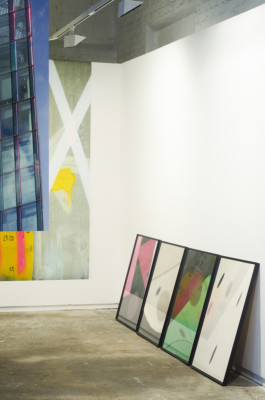 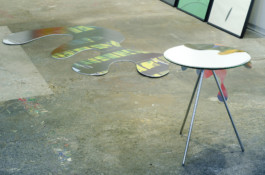 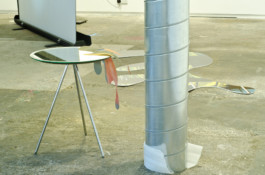 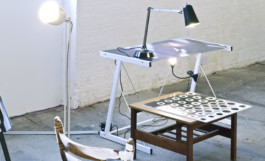 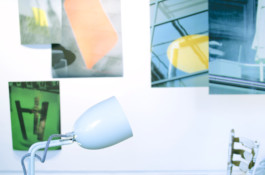 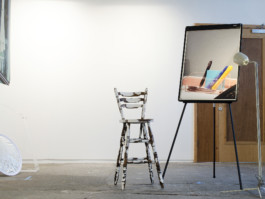 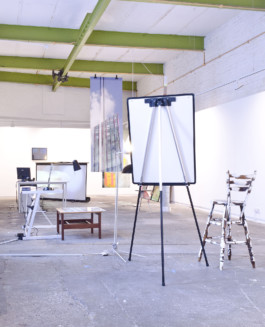