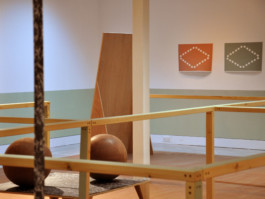 In The Other Workspace, seven artists using sculpture, film, performance and text explore the role of collaborative and dissenting processes in defining space. The exhibition changed over the course of a month, in reflection of the fluid nature of the Herbert Read Gallery space and the works on display.

The exhibition sought to ask what is it that differentiates this gallery space from the other spaces within the University for The Creative Arts building, and the stability of that differentiation. As such it explored notions of work, education, dissent and description, and aimed to articulate the viewer’s position in relation to these factors.

The exhibition opened with a new set of works by Ben Cain. These included a large modular architectural intervention, sets of hand-made objects, texts and presentation platforms, which were also be represented through a series of documented workshops and reconfigured as the show progressed. Cain worked with IVIVI dance company to interpret workshop actions.

These works asked how the gallery might be seen in light of the workshop and studio spaces on site; and whether the modes of production enacted there might have equivalents in the gallery – where the ‘work’ and outcomes of that work might not be that same as the material objects represented there.

Halfway into the exhibition, on 21 March, Cain’s work was dramatically reconfigured and the show changed form to accommodate two further works.

In Aernout Mik’s Glutinosity, we witness a familiar orgiastic scenario resembling a riot: uniformed men, balaclava wearing figures and demonstrators tussle on the roadside. However, any presumed differences between police and protester dissolve as the camera strafes the scene: The space the figures exist in is in flux – with background and foreground shifting counter intuitively. They appear to be trapped in time and space; their pushing and pulling that of a single multifarious organism.

In Jamie Shovlin’s Mike Harte- Make Art, the artist presents a portrait of his college friend Mike, who struggled to make any ‘work’, instead preferring to send Shovlin letters and cuttings that he thought his friend would find interesting. For this piece, Shovlin collects 36 of these funny, perverse observations, stating that he “hope[s] that the upshot of this one-way correspondence was, if nothing else, the development of a pretext for Mike Harte to make art. Of course, he had no idea of this at the time of sending each of these envelopes.” Shovlin’s presentation asks questions about art’s ability to confer value and its need for a supporting narrative.

As part of a project for Whitechapel Gallery (where she was writer in residence),Sally O’Reilly held a workshop which invited "participants to collaborate on the writing of a new radio sitcom that explores mainstream (mis)representations of the art world and the intersections between live performance and writing.” The project utilised the ‘rules’ of sitcom writing, exploring the tragicomic predicament of the artist whose persona is continuously shaped and used by outside forces.

Finally, in a performance orchestrated by Cally Spooner, the breakdown of a Shelley Levene-style salesman was played out in the gallery.

The Other Workspace was made possible by CD:EK (Curatorial Development East Kent), an 18-month programme supporting the professional development of early career curators based at three host visual arts organisations in East Kent. CD:EK is supported by Arts Council England, South East and by Canterbury City and Ashford Borough Councils. 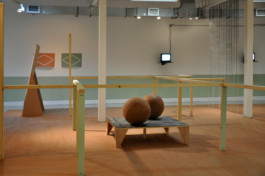 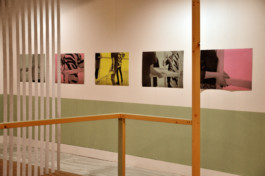 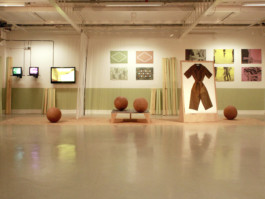 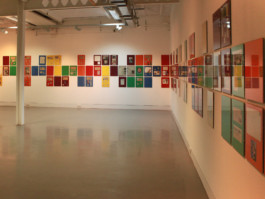 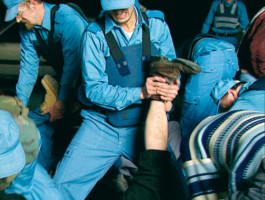 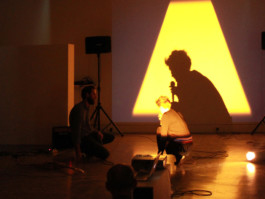 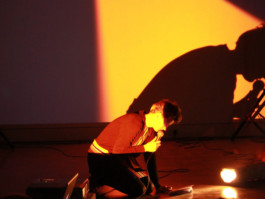 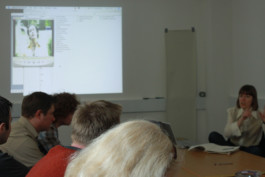 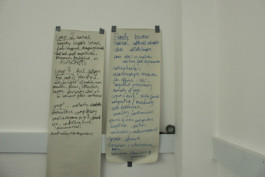 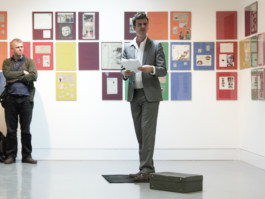 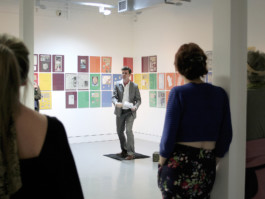