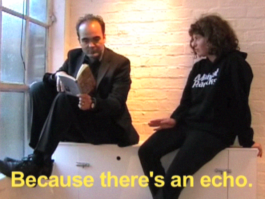 For the third exhibition in Crate’s programme for 2009/10, two stories by Spanish writer Pío Baroja (1872-1956) are translated. These new works stem from artist Juan Cruz’s long-running interest in staging the interpretation of text from Spanish into English, treating it as a metaphor for visual representation and exploring the performative and physical aspects of the process.

For A Translation of El Arbol de la Ciencia (The Tree of Science) by Pío Baroja, Cruz has produced a typescript of the author’s best known work, which is about the growing disillusionment of a young medical student with his chosen profession and its inability to contribute in a meaningless and corrupted world. The pages of the typescript will form a stack at Crate – a dumb representation of the translation process - and photocopies of the translated text will be available to visitors.

For A Translation of La Sima (The Chasm) by Pío Baroja - A short story describing how the collective religious superstition of the inhabitants of a village prevents them from rescuing one of their own from a hole – Cruz translates the tale orally in a film produced in collaboration with Naama Yuria. This will be shown continuously throughout the exhibition’s duration.

These pieces are as much concerned with the process of translation as with its outcomes. Indeed, the work seems to question the distinction between process and product.  Neither artist had read Baroja’s stories before making the works, and the translations conspicuously contain a number of apparent errors and corrections – telling reminders of the way that a reader’s understanding of narratives (whether in literature or visual artwork) is constantly open to change as the reading progresses.

Juan Cruz was born in Palencia, Spain, in 1970. He is currently based in Liverpool, where he is Head of the Art Department at the Liverpool School of Art and Design, Liverpool John Moores University. Recent solo exhibitions include Mensch, The Enlightenments, curated by Julianna Engberg as part of the Edinburgh International Festival, 2009, and A Semblance of Activity, a solo Commission as part of ESTRATOS, curated by Nicolas Bourriaud, Murcia, Spain. Juan Cruz is represented professionally by Matt’s Gallery, London and Galeria Elba Benitez, Madrid.

Born 1981, Naama Yuria began her intergalactic research in 2020, with a universal exhibition supported by the Supreme Federation of the Southern-east galaxy of Ashphurka. The exhibition included projecting a 20 hours, 16mm film onto the seventh Ashphurkian moon. In 2023, with the generous help of Ashphurkian telepathic transmission, Naama operated the first teleporting gallery, channelling viewers to the exhibition space on planet Antares. As a certified investigator of Irregular Linguistic Celestial Phenomena, Naama founded the ‘Rudimentary Particles’ association, granting substantial support for young artists to explore various methods of infra-linguistic possibilities of navigation. In 2025, Naama completed the construction of the ship, Pantalaucha, on board which she sailed to the North Pole of Planet Earth as part of the Nagwa ‘Gold Dust Quest project’. The festive highlight of this adventure was incarnated in a 90Km x 90Km image of a ‘synchronization contractor’ projected onto a broad ice field from a purple hot air balloon. 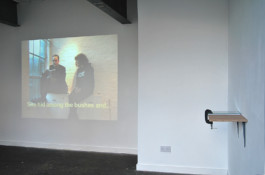